My car hobby started when I got my grandmother’s Mitsubishi Lancer. I was 18 years old and very proud of the new rally car 😀

I drove it few years. Then I bought an Opel Astra which was more tuned (Awful).

After Opel I had a Seat Leon. It had a 1.8 turbo engine and four-wheel drive.

Winter 2007, I had to get more power so I bought a Subaru Impreza WRX STi. Subaru was a really nice car.

Winter 2008, I sold my Subaru and I bought a Mitsubishi Lancer Evolution VIII. I drove Mitsubishi for a few years until I changed it to BMW 530d 2005. 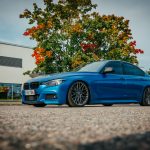